When the room is full and everyone leaves with a pie, you know it has been a good meeting! Over 400 MAHA members and allies packed a Dorchester union hall on Tuesday night to rally for a campaign to increase resources for affordable homeownership in Boston.

"This is a fight for the heart of Boston", said MAHA member Geneva Cooper. "Will it be a place where everyone can live? MAHA launched a campaign for 1,000 more affordable homes for first-time homebuyers over the next five years and committed to finding the resources necessary to accomplish that goal. 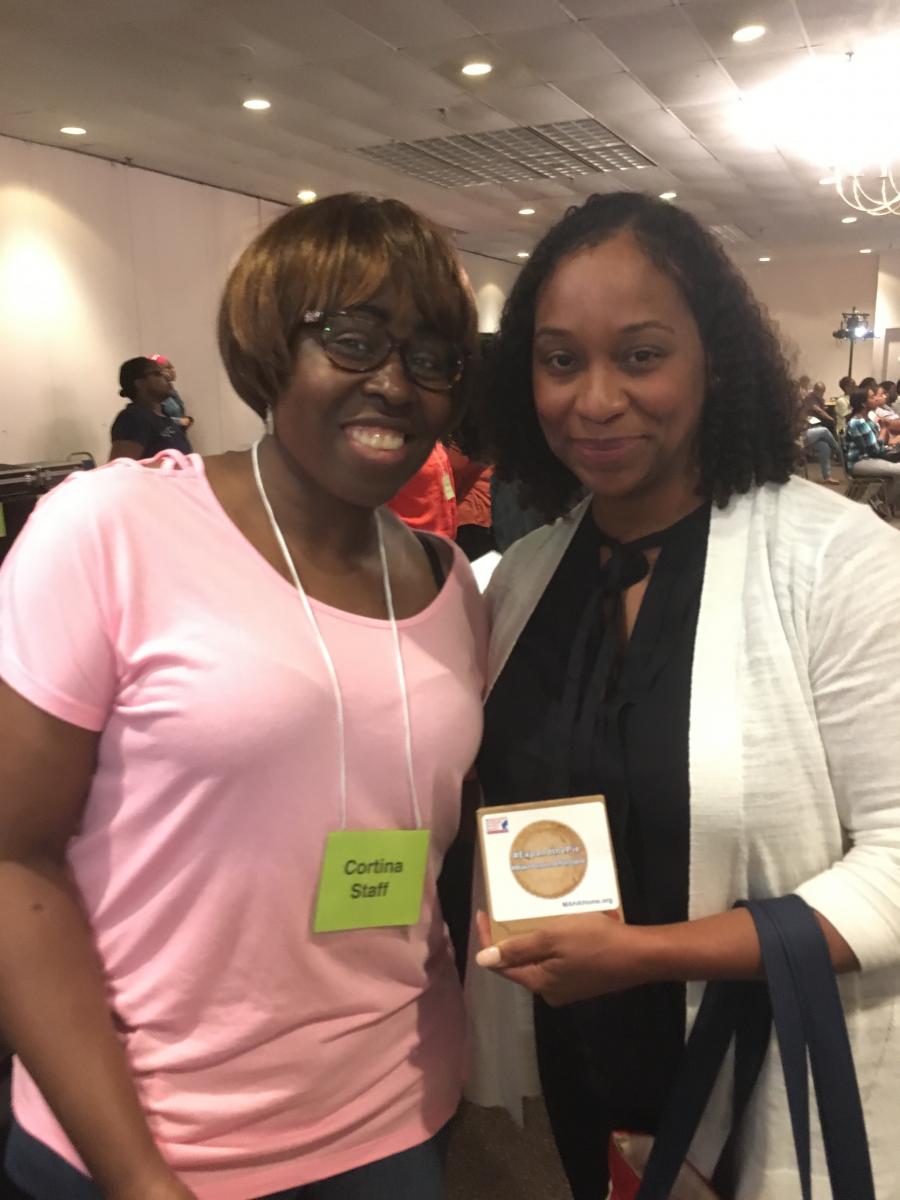 Lydia Edwards was one of eight City Councilors who pledged their support for MAHA's efforts. She added, "The new 1,000 homeowners need to look like this room!" Councilors Andrea Campbell, Michael Flaherty, Annissa Essaibi George, Michelle Wu, Ayanna Pressley, Matt O'Malley, and Kim Janey joined Edwards in saying yes to MAHA president Symone Crawford's question about making a commitment to "increase the affordable housing pie" in order to create 1,000 more affordable homeownership opportunities over the next five years. Councilors and meeting attendees were all given a mini apple pie at the meeting to symbolize the need to grow the pie for affordable homeownership.

MAHA estimates that it will take upwards of $40 million per year to create those 1,000 homes. “Where can we get that 40 million?” asked Roslyn George of Roxbury, a longtime MAHA member. “I’m sure you don’t have it in your mattress. There is massive wealth at Harvard, Boston University, Boston College, and Northeastern. They need to stop taking over neighborhoods and start contributing to affordable housing,” she said.

"Tonight, we are fighting for the opportunity to own a home, said Acia Adams-Heath, a Dorchester resident and MAHA board member. "We're fighting for the safety and security that only homeownership can provide, for the knowledge we have roots, and cannot be pushed out of our homes and neighborhoods."

MAHA called for increased fees on developers of commercial office space and luxury housing in addition to increased payments-in-lieu-of-taxes from colleges and universities. MAHA members also identified both Glover's Corner and the UMass Bayside as locations where there was potential to build a substantial number of affordable homes. Shannon O'Malley, a Dorchester resident and MAHA member suggested that we need to rezone these areas with an eye toward maximizing the number of affordable homes.  "We don’t need another Seaport,” said O'Malley.

The City intends to rezone the whole area between Fields Corner and Savin Hill for redevelopment. Hundreds of affordable homeownership opportunities should be part of the plan. UMass will soon lease or sell the former Bayside Exhibition Center to a private developer for millions of square feet of development. UMass President Marty Meehan should be accountable to UMass Boston AND the surrounding community. Affordable homeownership should be a priority. City-sponsored development planning is also underway in Roxbury, and coming soon to Mattapan and East Boston. Homeownership opportunities should be a part of the strategy for stabilizing families and communities in all neighborhoods.